Revenge is a funny thing because when it is enacted, the point at which it ends is not predictable. In a way, this makes it all the more gratifying for the one who enacts it, which is apparent as per Soo-hyun’s encounters with Kyung-chul. Each one serves as a cathartic release to the point where the violence, as brutal as it is, is an expression of how deeply affected Soo-hyun is by the loss of fiancée. Though his revenge-fueled rampage may not bring her back, what it does do is convey that he is flawed, which is of note because he is inseparable from his lust for vengeance. It is what gives him meaning — meaning which conveys that his enacting of violence is affecting him to the extent that he is slowly but surely becoming a shadow of his former self. This is a detail which is worth paying attention to as it is hinted at throughout.

Kyung-chul has no remorse as he delights in his inhumane acts. Stabbing, dismemberment, and the consumption of raw flesh are just a few of his favorite things by which he is attempting to find meaning. He is similar to Soo-hyun in this sense, and although their approaches differ, they are very much equals. This is of note because it toys with the idea as to who is more monstrous, which is implemented to such a degree that it emphasizes the fact that both characters are haunted by their inner demons. This gives the encounters depth, and so the more brutal they become, the more they are indicative of the fact that both characters long for satisfaction.

Though there are brutal moments, there are also quiet moments. Such moments are weaved just so that the beauty of stillness is found in details such as snow, negative space, and facial expressions. These provide a contrast to the brutality — a contrast which, while striking, doesn’t offset the dark tone. If anything, it brings attention it, which is so delicately but methodically balanced that you’ll find yourself absorbed.

If you’re in the mood for an easy watch, this isn’t the movie for you. However, if you are looking for something which is as unrelenting as well as thought-provoking, then you’re in for something truly unforgettable. And who knows? You may feel as though you saw the devil as soon as the credits start rolling, which would be quite something. 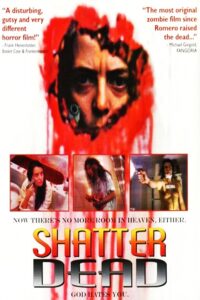 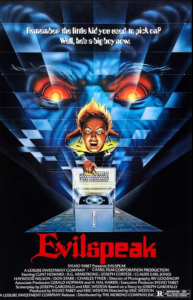