There is an abstractness to concepts such as being, knowing, time, and space; an abstractness that I find intriguing in that concrete things are clearly defined and the things that aren’t aren’t. Both are on opposite ends of the spectrum, and yet the physical world is not unaffected by factors such as time and space, and so you have a cross-over which is unavoidable. This is on my mind after my viewing of The Ninth Configuration; a film that I wouldn’t say I fully grasp, but a film that, because it deals with metaphysics, is in a league of its own. Although Blatty doesn’t provide all the answers, he gives the viewer plenty to chew on in what is a cerebral, thought-provoking affair. I would go so far as to say that he is concerned with not merely the nature of existence but what it means to exist, given that recurring nightmares, the psychological effects of war, the fear of loneliness, and the toll that mental illness takes, all of which are in the limelight, and emphasize the mysterious nature of the soldiers’ mental breakdowns. It’s a well-thought-out approach, and given that the soldiers live out their fantasies, whether that involves dressing up as Superman or staging the works of Shakespeare with a cast of dogs, they do so in ways that say a lot about them.

It’s interesting that the setting is that of a remote asylum. It is a remoteness that is not only palpable but complements the remoteness of space, a detail that is of note considering that Cutshaw is a former astronaut and that he has a dream that depicts his mission to the moon in a harrowing manner. He has an understanding of remoteness that his fellow soldiers don’t have nor can they relate to; however, isolation is not without taking its toll on them, as is conveyed during the scene in which Fairbanks attempts to break down a wall, as though he feels imprisoned. It is part of how he perceives his milieu, and the fact that he is convinced that people can walk through walls is not only a means by which he is acting out his fantasies, but it is also a means by which he expresses frustration with being isolated, with being separated from the outside world. Like his fellow soldiers, he is longing for something more, which is conveyed well considering that he attempts to break down a wall and has multiple personalities.

The existence of God is another point of interest. In fact, not only is it a point of conflict between Kane and Cutshaw, but the religious imagery is noteworthy, which brings to mind Cutshaw’s dream, in which he encounters a crucifix during his mission to the moon. It is one of the more surreal sequences, and what’s more, it speaks to man’s relationship with faith, whether that means being convinced or remaining skeptical. It’s very black and white, which Blatty is attuned to, and as such, the discussions concerning the existence of God and the afterlife, as well as themes such as redemption and self-sacrifice, are all the more meaningful.

The Ninth Configuration is a challenging film, and while I wouldn’t hesitate to say that I have a better understanding of it this time around, I still find it enigmatic. I don’t mind that though, and I don’t think I would have enjoyed it as much if everything was spoon-fed to me. Nonetheless, it’s an absorbing film, and I can’t fault it for that. 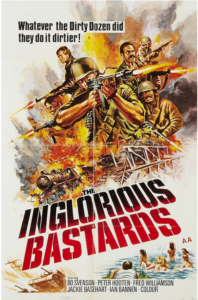