Eating flesh may not be fashionable, but that doesn’t mean you won’t acquire a taste for it. In fact, you may even find that its best served raw. Sounds appetizing, doesn’t it? Well, I’m not sure if eating while watching this is a good idea, but at least Sergio Martino provides plenty of excitement along the way. Trap triggering, gunplay, and trekking through uncharted territory are enhanced by frequent collaborator Giancarlo Ferrando’s camerawork. By capturing the jungle scenery in a manner that is as stylish as it is mesmerizing, he establishes an atmosphere that never loses its appeal.

Aside from their penchant for flesh, the cannibals stand out because quite a few of them wear tribal masks. In addition to serving as a characteristic which makes them menacing, it indicates that Martino is no stranger when it comes to emphasizing qualities that make his characters unique. It’s his way of challenging genre trappings, and since that is the case, his characters — whether they be protagonists or antagonists — feel right at home. It may not be the most complex approach, but there’s no denying that he makes the most of what he has, especially when something as simple as a tribal mask is treated as a aspect that, when paired with a spear, becomes a fitting combination.

The mountain sequence is the point in which visuals and music coalesce to create a memorable finale. It’s sleazy, but because depictions of sexual acts, dissection, and snake eating have a psychedelic aura to them, there’s nothing like the experience of witnessing the activities which occur in the mountain. It’s quite the headtrip.

Though the scenes of cannibalism may be hard to stomach, at least this is more enjoyable than being force fed a dead lizard. Buy hey, if that’s your cup of tea, you might find that it goes well with the savagery on display. 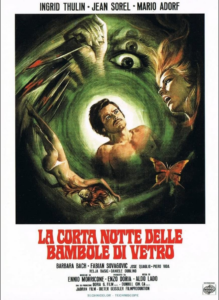 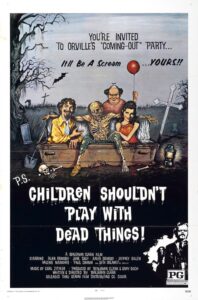