For the second installment of Keep Calm and Spin This, I thought it was fitting that I review a sophomore album, so this time around is Fall Better by Scottish Rockers Vukovi.  Now I know its odd that for two reviews in a row we’ve done Scottish bands but believe me it wasn’t by design and they couldn’t sound more different from each other.

The whole album is a nice mix of hard rock with some great melodies, on top of that lead singer Janine Shilstone’s vocals and power sounds great.  There are some really strong tracks on this album and being a sophomore release that’s impressive.  All too often I’ve noticed that many bands struggle to find themselves with the second album and many rebound on the third, but that doesn’t seem to be a problem here, in fact I’ll have to check out the first now.

Some of the stand tracks for me are Violent Minds which has a great driving riff with Janine’s vocals over them and has some nice rhythm changes.  Aura is another that comes to mind as I listen to the album for the third time, this one is a little more Alt-Rock then the some of them but is a great track also with some great lyrics.  All That Candy has a great balance of rock and pop and lyrically is quite strong as well.  Where Are You is the first slower track, much more of a power ballad then the other tracks and it really allows Janine’s vocals to shine throughout.  There are also some interesting interludes throughout the album which I quite like.

Overall this is a great album all around, I can’t say there’s a track I really disliked.  Honestly, this is so good I can’t wait to hear the first album.

Incubus – Trust Fall (Side B) 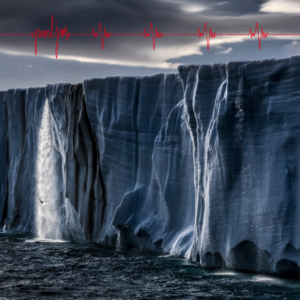