I wrote this review awhile back, sadly I believe this one has ended its run, but since I’m moving all posts from the old site to this one, I moved it anyway. so enjoy!

I’m always skeptical when a brand gets bought by a larger one, so when Coors bought Blue Moon I was a little concerned but over the years I never really noticed a difference, to be honest I don”t drink a lot of Blue Moon, but when I would I never noticed a difference.  Flash forward to me seeing a variety pack of flavored products by Blue Moon, especially an Oatmeal stout, and all I did was roll my eyes.  I thought “here we go lets do what the trendy thing is.” Then I tried the Cappuccino Oatmeal Stout.

Let me preface the review by saying that I believe the Samuel Smith Oatmeal Stout is the gold standard for Oatmeal Stouts, I’ve had other good ones, but that one to me is as good as it gets.  On another site I believe I even gave it a 5 out of 5.  This one isn’t quite as good, but as you’ll read it’s not bad at all.

First I’ll start with the pour, as you can see in the picture it pours a nice dark brown with a quickly dissipating beige head.  The head started off at about 3/4 inch and looked nice while it lasted. Lifting the glass and smelling it, I immediately noticed the smell of coffee along with chocolate, a bit of oats as well.

The taste was much better and bolder than I expected.  The coffee flavor really comes through along with a hint of the chocolate.  While it’s not a high ABV beer by most standards, it does clock in at 5.9%, and you can’t taste it at all.  It’s a very solid tasting coffee stout.

Overall I really did like it, it was Samuel Smith, but it’s a good effort and I would easily drink it again.  I would also recommend it and I know some of you are thinking “but its owned by Coors! A big evil company!” well, it may be, but it’s still pretty damned good.  3.5 out of 5 kegs.\ 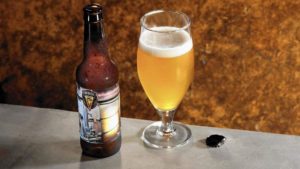 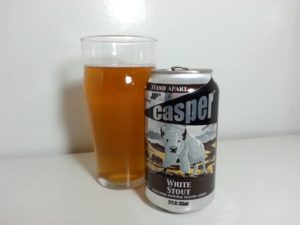 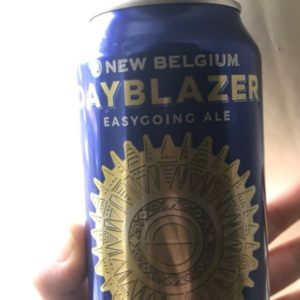