Whether they’re in the midst of a shootout with Nazis or watching German nurses bathe in a river, these rogue soldiers sure know how to have a good time. That isn’t to say that their mission is devoid of risk; in fact, it is quite the outing as the odds aren’t in their favor. They are no strangers to being prepared for an attack, however. This is conveyed as they approach a deserted factory with caution. It’s a scene which establishes their relying on themselves as a result of being separated from the military police, and because of that, it is a moment which brings to light how they manage without surrendering to authority. For this reason, it’s more than just a scene which focuses on the time that they spend in the factory. It’s a scene which is attentive to the effect of their refusal of going by the book, which is an interesting detail because it is attentive as to whether their vigor is enough for them to take on the Nazis. It plays a role in terms of how they go about navigating the war-torn soil, but not to the point where they’re careless.

The soldiers’ journey to the Nazi stronghold is an engaging one because in addition to the firefights that take place, those they meet along the way, such as German prisoner Adolf Sachs as well as a French resistance army, are of the same mindset when it comes to overthrowing the Nazis. It may not be a historically accurate, but since the joint effort is focused on, it emphasizes that the soldiers and their allies aren’t willing to go down without a fight. This is something that they never lose sight of.

There’s no denying that the assault on the train carries much risk Lieutenant Yeager and his men, so it makes for quite the finale as the Nazis’ alertness is a factor that keeps them on their toes. One moment it seems as though victory is certain, but as soon as a soldier finds himself sitting pretty, he’s pumped full of lead like it’s nobody’s business. It’s a moment which serves as an evocation of Peckinpah’s penchant for shooting violence as a quick but effective spurt and, while it isn’t concerned with the consequences of violence, it doesn’t feel out of place because it is attentive to the Nazis’ brutality towards those who are attempting to thwart their efforts. It is just one of chaotic moments that the train is the canvas of, which is a description couldn’t be any more apropos when taking into consideration the bit in which a few of the Nazis meet their demise by way of a well-placed grenade. This scene is just one of many carefully planned brushstrokes that comprise a finale that is as much of a painting of violence as it is a showcase of the conflict reaching its apex. It is quite a thing to feast your eyes on.

It has been a long time since I’ve seen this, so I enjoyed revisiting it. It’s an adrenaline rush in every sense of the term. There’s a good dosage of humor too. 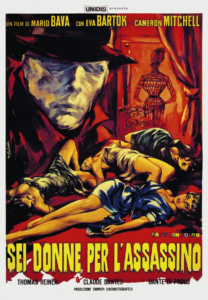 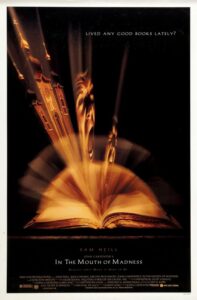 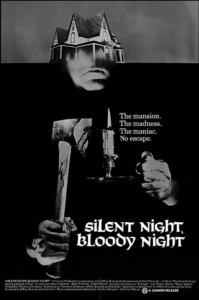