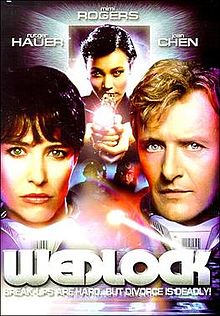 Starring the legendary Rutger Hauer, Wedlock or Deadlock as it was called in the US on HBO also starred Mimi Rogers, Joan Chen and James Remar in a tale of a heist, a setup and betrayal. It's actually a damned good flick and I tell you all about it!